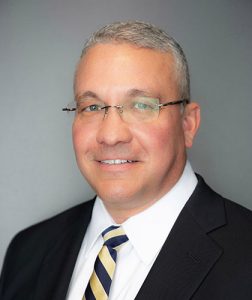 Mr. Coury is a third-generation Arizonan who grew up in the Phoenix area. He is a “Double Domer” graduating twice from the University of Notre Dame, first with a Bachelor of Arts degree in 1993 and then again with a Juris Doctorate in 1997. Mr. Coury also obtained a Masters Degree in Business Administration from the University of San Diego in 2001.

Mr. Coury has practiced law in Arizona for his entire career. Over the 22 years of his practice, he has handled a variety of cases, mainly focusing on situations involving people who have been affected by unfortunate, life¬-altering injuries. Mr. Coury has represented hundreds of clients who have suffered from catastrophic personal injuries and/or wrongful death tragedies achieving millions of dollars in recoveries over the years.

Mr. Coury approaches his law practice with a philosophy that he tries to implement throughout all facets of his life: Treat others like they are family.