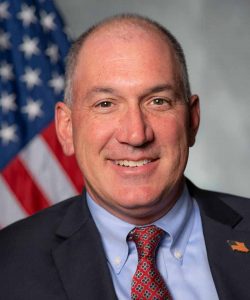 Keith D. Manning received his undergraduate degree in History in 1989 and Juris Doctor in 1992 from the University of Arizona.  He began his legal career at the Pima County Attorney’s Office where he was assigned to the Narcotics Unit.  In 1993, his wife’s pharmaceutical career brought him to the Phoenix metropolitan area where he join the Phoenix City Prosecutor’s Office.  While practicing in Phoenix City Court he became a subject matter expert in the prosecution of impaired drivers.  On September 11, 1995, Mr. Manning joined the Maricopa County Attorney’s Office.  As a felony trial prosecutor, he litigated Vehicular Homicides, Repeat Offender and Gang Cases.  Promoted to Bureau Chief in 1998, he spent the next 8 years supervising the Preliminary Hearing, Trial, Charging and Gang/Repeat Offenders Units.  In 2006 Mr. Manning was promoted to Special Assistant and assigned as the Maricopa County Attorney’s Law Enforcement Liaison.  As the Law Enforcement Liaison, Mr. Manning was responsible for responding to all Police Officer Involved shootings and In Custody Deaths in Maricopa County.  Promoted to Division Chief in 2010, Mr. Manning continued his work as the Law Enforcement Liaison as well specialized in Counter Terrorism and Intelligence Based Prosecution.  After completing 90 jury trials, responding to over 615 Officer Involved Shootings, and 30 years service Mr. Manning retired from a career in criminal prosecution and started 998 PLC.  As the CEO of 998 PLC, Mr. Manning continued to consult with state and local law enforcement agencies.  A subject matter expert in Firearms Forensics and Police Use of Force he  is a frequent speaker at prosecution and law enforcement training seminars all across the Nation. In 2021 Mr. Manning associated himself with Mike Napier Law Firm where he is specializing in Law Enforcement Liaison Issues as well as Wills, Trust and Estates.  Mr. Manning and his wife reside in the East Valley and have two grown children.