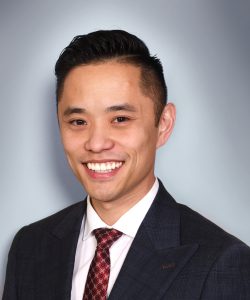 Sean Tsai has been a law clerk with the firm since the summer of 2018.  He is currently a second year law student at the Sandra Day O’Connor College of Law (ASU).

Sean is from Durham, North Carolina.  He received his B.A. in International Studies with a focus in Political Science from the University of California San Diego in 2015.  After graduating from UCSD, Sean worked as a legal assistant for two at a firm in San Diego.  Eventually, he decided to follow in his older brother’s footsteps and pursue a career as an attorney.

In his free time, he enjoys watching Duke Basketball and the Los Angeles Rams.