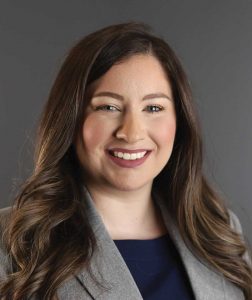 Juliana is an attorney at Napier, Coury & Baillie PC and a graduate from the Sandra Day O’Connor College of Law (ASU). Juliana started with the firm as a law clerk and  has been with the firm since the spring 2018.  Her primary areas of practice are personal injury and workers’ compensation.

Juliana grew up in Southern California and received her B.A. in Sociology/Law & Society from the University of California Riverside in 2015. Throughout undergraduate Juliana participated in the UCR Mock Trial Team with the hope of going to law school. During Juliana’s lL summer, she clerked for the Honorable Janet M. Frangie on the San Bernardino Superior Court. Juliana also did an externship with the Arizona Supreme Court-Legal Services Division during the fall of 2018.