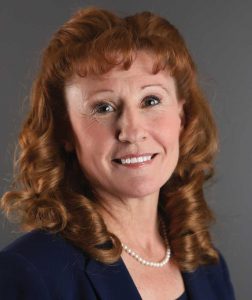 Ms. Baillie is a native of Arizona, who grew up in the Maricopa and Navajo County areas. She graduated from the Maricopa County Sheriff’s Office Posse Academy in 1992 as a qualified-armed posse and volunteered numerous hours as a Search and Rescue Posse. She received her undergraduate degree from Arizona State University and her Juris Doctorate from Regent University School of Law in Virginia. She is licensed to practice law in both Kentucky and Arizona. Upon graduating from law school, she clerked for the Third Circuit Court of Kentucky. She was then hired as a Public Advocate/Defender for the Commonwealth of Kentucky where she learned the true meaning of trial practice.

Ms. Baillie prides herself on providing clients with unparalleled attention and customer service. She has effectively represented hundreds of sworn and civilian employees in disciplinary appeals, unfair labor practice, collective bargaining negotiations, peace officers’ certifications, pension benefits, investigations, Title VII claims, workers compensation claims, officer involved shootings and in custody deaths before numerous municipalities, boards, Administrative Law Judges, and courts throughout the state of Arizona. Ms. Baillie also practices in criminal defense. She drafts and has presented legislation before the State House and Senate. Ms. Baillie obtained her certification as a Certified Arbitrator through Cornell University. Ms. Baillie has been with the law Firm since 2004.

Ms. Baillie is the on call 24/7 PORAC attorney to our members who become involved in use-of-force and officer-involved-shootings. She provides legal training to our associations and a number of governmental agencies and had the honor of being a panel attorney at NAPO. She is the consummate professional, and an advocate for her clients – always willing to go the extra mile in pursuit of justice, and fairness.